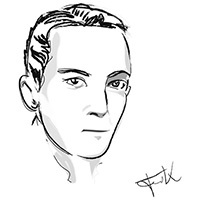 Fred K is a graphic designer based in Stockholm, Sweden, with focus on high readability and balance. He would say that he's a typographic designer (not a type designer though, he just loves type and it is the base of his design work.)

Fred has over 10 years experience from in-house design at a large Swedish wholesale/retail corporation (Preem) and 3 years of freelancing behind him. He works in both print design (including branding) and web design (focused on standards compliant development).

He is fluent in English and can fake a passable French and Spanish. You can follow his daily thoughts on Twitter (http://twitter.com/incre)